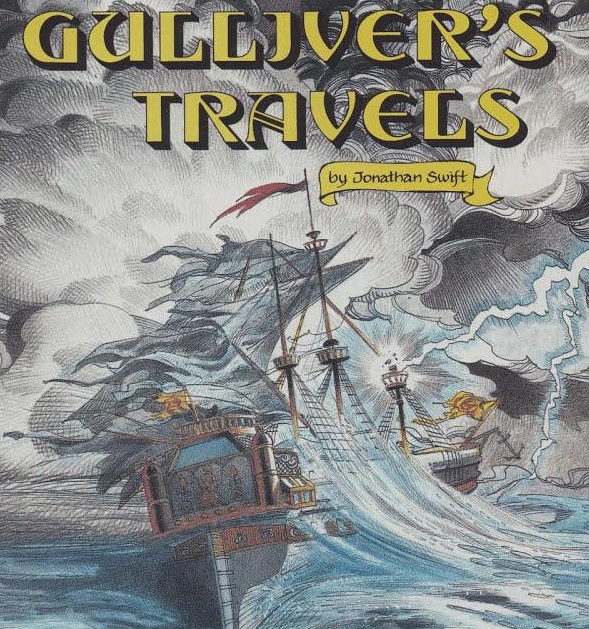 Aside from their monthly one-page serials, Boys' Life also published sponsored comic adaptations of classic literature. In 1990 there were four shorts sponsored by Bank Street College of Education. The first in this series is Gulliver's Travels, or more accurately Gulliver's Travels in Lilliput, as most adaptations are. It was adapted, like the other three Bank Street Classics in 1990, by Seymour Reit (who actually worked on the Fleischer Studios animated adaptation of the same story in 1939) and illustrated by Ernie Colon. Colon draws a rather dramatic shipwreck to set the tone, creates palpable tension with Gulliver's awakening... 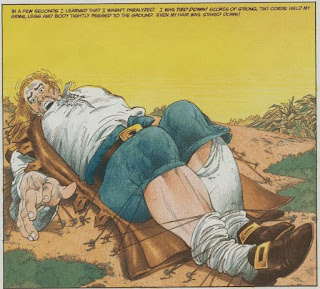 ...and spends the bulk of the story on the vital task of making Gulliver as cheeky as humanly possible. 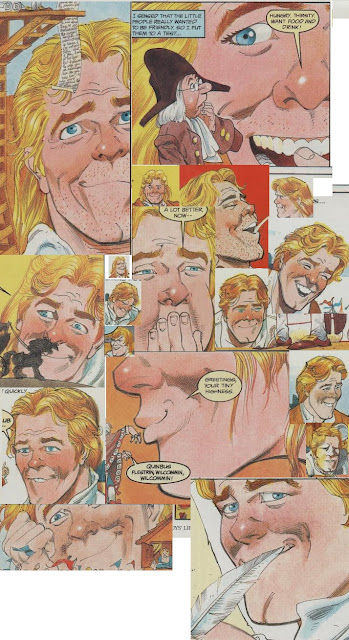 I'm not sure we're meant to learn anything from Gulliver, aside from maybe that you can read the classics and have a grand old time. He does get a serious face a few times, when there's a conflict he wants stopped: 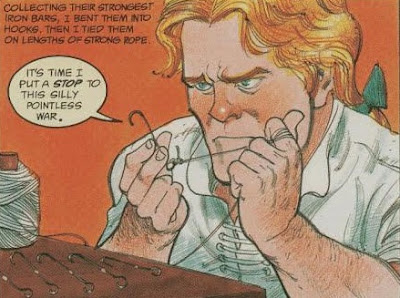 That's what a Scout would do.

Gulliver leaves Lilluput after putting things in order and is promptly rescued, making one wonder why "Travels" is multiple. The story ends with a mind-joggling question for the young reader, which is as always pretty bad:

Though it is not by far the worst question asked in this series.

The Bank Street Classics tales are far, far better quality than Norby The Mixed-Up Robot, besides the benefit of all eighteen pages being in the same issue. The Gulliver adaptation was fun and to the point, and I think I may have even thought of it when I read the book years later. This issue was published in the February 1990 Boys' Life (sailing-themed) if you want to look it up yourself.