Punching Vs Not Punching 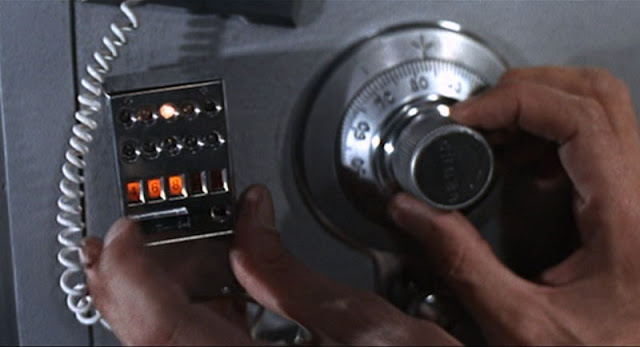 I know this isn't an original concept and I would appreciate links that talk about it.

I'm currently taking a Sabbath break from my pig-headed vaunt to finish a 30,000ish-word novella in the remaining month of February (did I specifically promise that week? I don't want to check), and so rather than an update on my writing I'm giving some comments on writing in general.


A firm pace is, I believe, most vital to a novel, where the narrative is all there is. We read action so that exciting or interesting things happen, and then we read supporting non-action so that we can believe in those exciting things. If a story is all action, it's exhausting, and often hard to care. Breathing space is necessary. If a story is all breathing space it's incredibly hard to care and only long-suffering relatives and college professors read it.

What I'm interested here is the difference between action that is intense and physical and action that is not. For example, in a samurai novel I'm currently reading, we begin with an unknown man running through the mist from unknown assailants, ready to fight, and getting shot. This is what I'll refer to crassly as "punching" action, though I hope someone has a better word for it.

In the next chapter we're introduced to the samurai protagonist, are given some paragraphs describing the state of this part of Japan, are introduced to his servant and an oddly military-looking peasant, and go on a horse ride with him. This is not action but we get a break until the next action, and some background that would be awkward to deliver in combat.

The three men go to a crime scene, where the samurai gathers facts very analytically. I will posit that this is also action. The tension is higher, the protagonist's skills are being tested, it's categorically different from the previous non-action. It delivers the same sorts of things the earlier punching action does, we are able to vicariously experience something we normally don't, it's just nobody's getting punched.

This is a major structural difference between the old pulps and Blue SF. The pulps were mostly punching and non-punching action, with very short breaks, while Men with Screwdrivers often had no punching action at all.

Let me make some wild claims.

All punching, no non-punching: Jon Mollison's experience with New Pulp. Action for its own sake. Pew-pew.
All non, no punching: Arthur C. Clarke.  Smart competent people doing smart competent things. Difficult to generate tension.
No punching or non: Cat lady SF.
Punching and non: OK, this is pretty much the standard for any fiction with action in it and it can be done well or poorly.